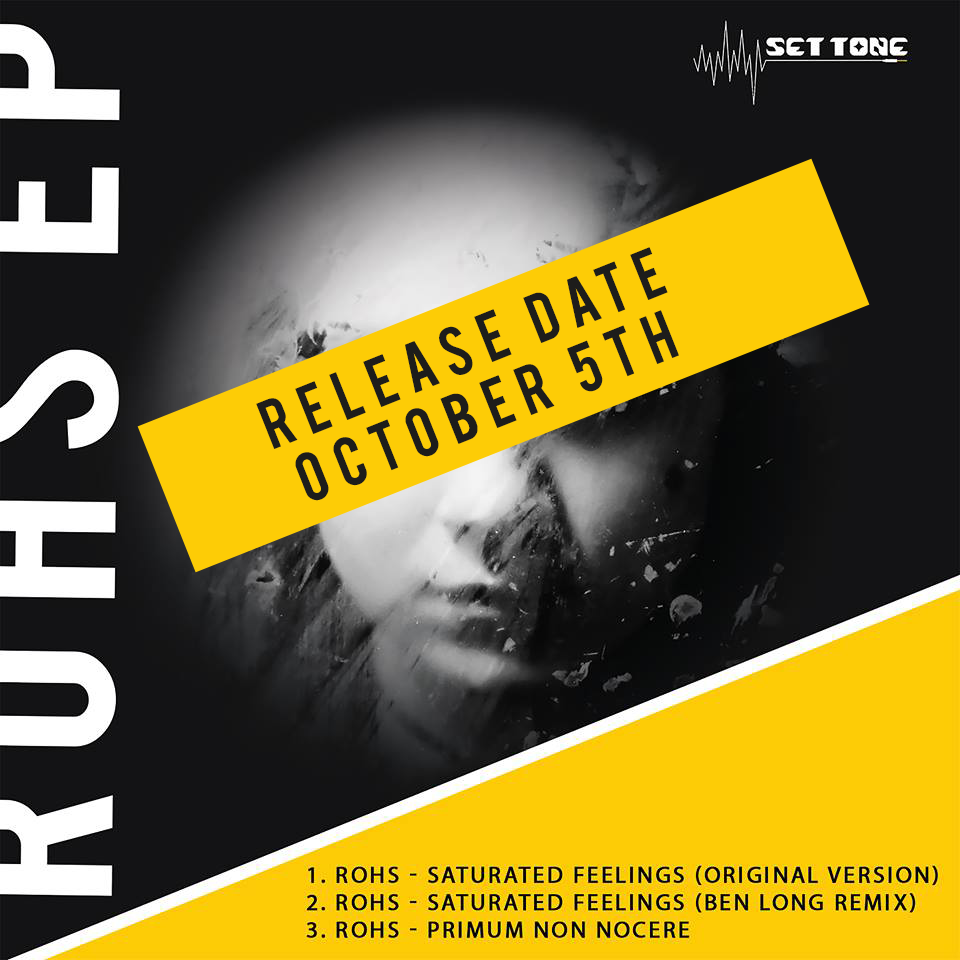 The Set Tone Recordings label’s modus operandi is to release quality uncompromising Techno in a variety of flavors and not to be put in a box regarding style , shape , form or fashion. A High standard of quality control will be implemented to Set Tone above all it’s contemporaries in the market place. Watch out for this new interesting up and coming label.

Set Tone fires up its first release with the boss man ROHS bringing some heat to the street with Saturated Feelings – A heads down prime time piece of Techno straight out of Kerkrade in the Netherlands.

Phat beats and a even phatter riff that would get your grandma going, this track walks the walk and talks the talk !

To add extra flavor to the project veteran Techno DJ/ Producer and friend of ROHS Ben Long (Space DJz) has been enlisted for remix duties and serves up one of his standard club banger’s aimed squarely at the dance floor.

Miss out on the release at your peril and keep your ears out for future release’s from this up and coming label.

even get your grandma**